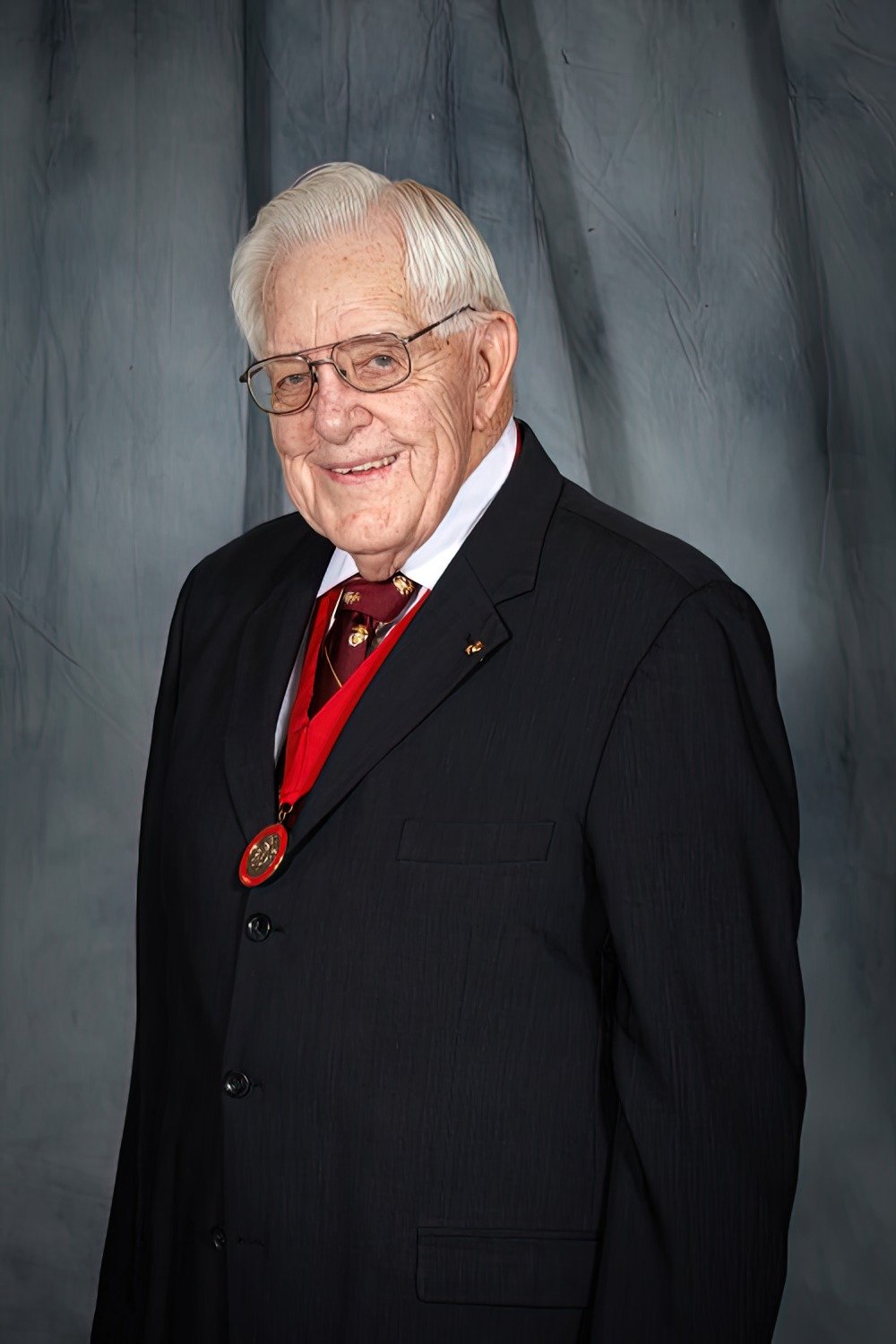 Max enlisted in the Marine Corp in January 1942. Assigned to the 2nd Marine Division he was in the first company to land on Japanese soil, on Tulagi in the Battle of Guadalcanal. He also was in campaigns on Tawara, Saipan and Tinian. He received Purple Hearts on Tawara and Saipan.

He married Sue Farrell on November 8, 1946, and they were married 69 years. He was called back to duty for the Korean War and served at Camp Pendleton. He continued in the Marine Reserves until retirement in 1967. They had two children, Rebecca Sue born 1952, and Donald Max born 1954. Max became Comptroller for the Kansas City Athletics when they move to KC in 1955. In 1962 he moved to A.D. Jacobson and became Secretary/Treasurer until he retired in 1987.

This is when he and Sue began traveling extensively: China, Europe, Canada and various parts of America. He also started his second career: Service to Others. He began delivering Meals on Wheels, a role he filled for 35 years, only retiring in March of this year. He was also involved in: Stephens Ministries, Salvation Army Bell Ringer campaigns, tutored 3rd grade math students, Marine Corp League Toys-for-Tots, Friends In Service of Heroes (F.I.S.H.) and was a Colonel in the Commemorative Air Force.

He was a member of Country Club Christian Church since 1947, singing in the choir, was a Life Elder, Treasure of the Board, and on the Regional Board of Disciples of Christ Church.

His leisure passion was golf which he took up in 1987 and played until March 2022. In later years he could shoot his age. He loved to speak to school groups about his experiences to help them understand the sacrifices others have made for them to have the freedoms they enjoy today.

Memorial services to celebrate Max’s life will be held at Country Club Christian Church at 10 am, Saturday, July 30, 2022. Reception to follow in the church parlor at 61st and Ward Parkway. In lieu of flowers, memorial contributions may be made to F.I.S.H. (Friends In Service of Heroes). We will miss Max so much but know he is exactly where he wants to be, in heaven with his beautiful Sue. Love you Max. 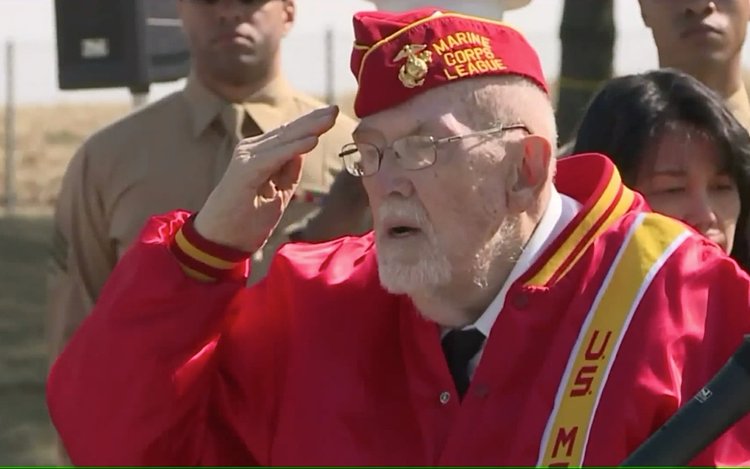 Friends say Ingram is without question an American hero. Paul Chapa with Friends in Service of Heroes, or F.I.S.H., says he feels like Jerry knew it was his time to go. “Pearl Harbor was attacked at 7:55 a.m. Jerry passed at 7:50 a.m. Dates meant a lot to Jerry and it’s a date that we’ll never forget,” Chapa said. Ingram felt a duty to his country after Pear Harbor that would lead him through the rest of his life. His friend and Navy veteran, Rick “Doc” Pustka, said Ingram is Marine through and through. “There’s two important days in a Marine’s life. One is when he’s born and the other is when he realizes why he was, and Jerry knew why he was,” Pustka said. When Ingram went to Iwo Jima he left with a team of men, but came back alone. “In Jerry’s unit he was the only survivor,” Chapa said. “Tinian was one of the worst battles in the South Pacific and he was the last tank standing. But that was all behind him. All he was about was giving back,” Pustka said. A Final tribute to our friend Jerry Ingram

We said goodbye to our brother; Harlen Fletcher. Harlen retired from the US Air Force and was continuing to serve as the American Legion Commander and Riders Director in Paola and the Chaplain in 40&8.
Riders from Paola, Overland Park, Olathe, Lenexa, Fort Scott, Gardner, and Leavenworth escorted Harlen to his final resting place at Leavenworth National Cemetery. Harlen’s daughter, Tammy ‘George’, led the procession on her dad’s Gold Wing.
Continued prayers for Glenna and all of Harlen’s family and friends.
We will miss you, Harlen. Rest In Peace… we’ll take it from here. 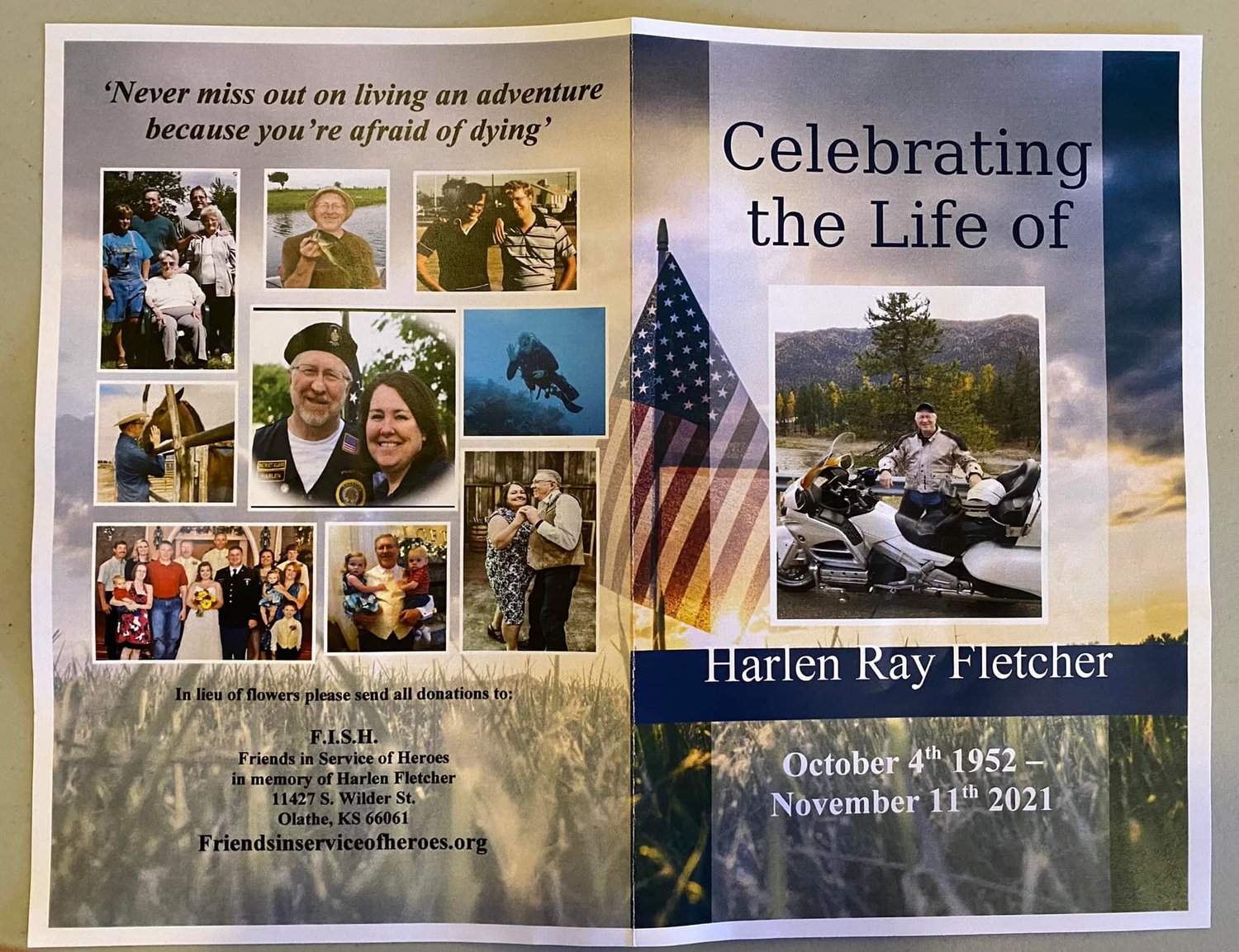